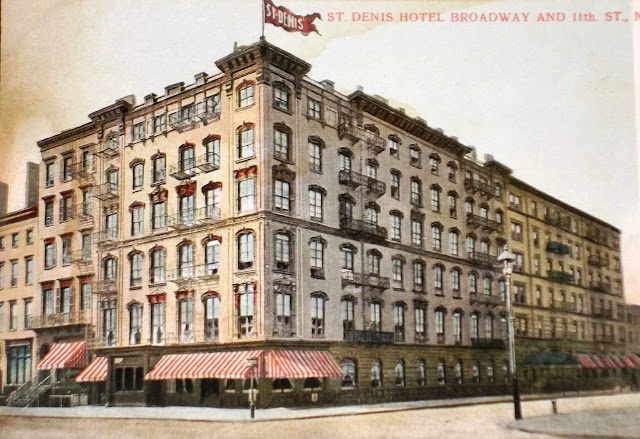 “It is imperative that I should do something for my relief, and I want you to meet me in New York, between the 30th of August and the 5th of September next, to assist me in disposing of a portion of my wardrobe." Mrs. Lincoln to Mrs. Keckley

On September 16, 1867, a small dark haired woman dressed in mourning clothes checked in as "Mrs. Clarke" at the St. Denis Hotel at Broadway and 11th St. She was waiting for a friend who would arrive any day. Mrs. Clarke had business to transact in the city.