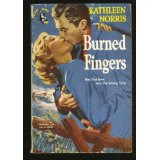 Kathleen (Thompson) Norris (1880-1966) was one of America's most popular novelists of the 20th century. She published more than 80 books in her lifetime. Some of her novels including Manhattan Melody and My Best Girl were made into films.

Norris was married to author Charles Gilman Norris (1881-1945), whose brother was also a novelist: Frank Norris (1870-1902), author of several important works, the most famous of which is McTeague: A Story of San Francisco.

Norris was born in San Francisco and moved with her family to Mill Valley in Marin County. After her mother and father died, Norris worked to support the large family. She worked as a society reporter for San Francisco papers, a theme she later used in one her novels.

She began writing fiction while living in New York City with her husband. She was successful almost instantly, selling several stories to popular magazines. Soon she turned to the novel as a form for her stories and the couple moved back to the Bay Area, which serves as the setting for most of her novels.

Her books are fascinating portraits of the American Past. A young woman is always the main character, and her story is told via her struggles with work, family, men, marriage, and often poverty. In many ways, her books are formulaic: the central character must struggle to overcome some challenge (a bad marriage, etc.), and in the process she grows and thrives. There is almost always a love story to her novels, although the true focus is on the main, female character.

Norris concentrates greatly on the physical settings for her stories, and often uses the urban/rural divide to indicate themes in her writing. She also explores the domestic angle of a woman's life, chronicling in depth the meals, chores, clothing, and other daily details that are part of her characters' lives. The majority of her novels are set in San Francisco, Marin County, and the Peninsula, although a handful are set in other locations, including New York.

Norris has been brushed off as a novelist of mere romantic fiction or rudely dismissed as a writer of "women's fiction," but her work is first rate. Her novels are intensely gripping, fascinating tales of young, modern women and the issues they faced in their lives. Further, as cultural documents, they provide a clear window into the past that allow readers to see the early 20th-century from an angle that is not usually available in novels written by men.
Posted by Jenny Thompson at 6:21 PM No comments: 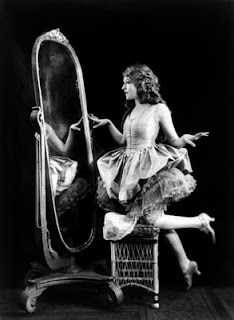 Mary Pickford (1892-1979) was one of the world's first "movie stars." She was also an important leader in the film industry. As a young actress in New York when film was in its infancy (and looked down upon by the upper classes), Pickford worked with D.W. Griffith (who gave her the name Mary Pickford). She was the first to realize that actors looked better with lighting from below, and she is also credited with attempting one of the first "close up" shots in film. Noting how certain actors seemed to attract larger audiences than others, she fought to be paid a portion of the box office profits and not just a weekly wage as was the practice.

Along with her second husband, Douglas Fairbanks, and actor Charlie Chaplin, Pickford formed the first studio run by actors themselves: United Artists. She also helped found the Academy of Motion Picture Arts and Sciences.

Pickford was born Gladys Louise Smith in Toronto, Canada. Her father died when she was young. Her mother supported Gladys and her younger brother and sister by renting out a room in their house. One of their boarders was a theater manager who gave Pickford her fist role on stage. Soon, the whole family was working the theatrical circuit, eventually winding up in New York City. Her mother encouraged her to apply at the Biograph studio when money ran short. The first person she met there was D.W. Griffith.

Pickford had a tumultuous life--full of excitement, hard work, triumph and tragedy. Her last silent film was an adaptation of the Kathleen Norris novel, _My Best Girl_. Released in 1927, the film is a miraculous vision to behold. Pickford is stylish, cute, funny, and an extremely fascinating actor. Her co-star and love interest in the film would become her third husband.
Posted by Jenny Thompson at 6:20 PM No comments: