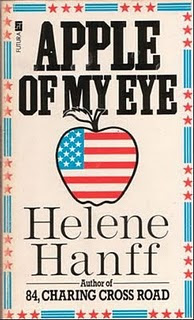 Helene Hanff (1916-1997), best known for her book, 84, Charing Cross Road, hailed from Philadelphia, but was a New Yorker, through and through.

From 1978 to 1984, Hanff worked for the BBC recording five minute snapshots of life in New York City for the British public. Published in a collection titled, Letter from New York, these essays provide a detailed look at life in an era of the city that was less glamorous than the New York of today (owing to the serious financial situation not only in the city but the whole country at the time), but down-to-earth and fascinating.

Hanff lived and worked in her apartment at 305 E. 72nd Street, in the Lenox Hill neighborhood of the upper east side. Her observations of daily life in her building, her neighborhood and her beloved city provide insight into the characters, rhythms and details of life in New York. From her accounts of her dog friends (and many trips to the park for runs and playing) to her attempts to describe just how New Yorkers manage in their tiny apartments (storing seasonal clothes at the dry cleaners, for example), Hanff records with wit and insight life in the Big Apple.

Read more »
Posted by Jenny Thompson at 3:35 PM No comments:

Email ThisBlogThis!Share to TwitterShare to FacebookShare to Pinterest
Labels: apple of my eye, helene hanff, letter from new york 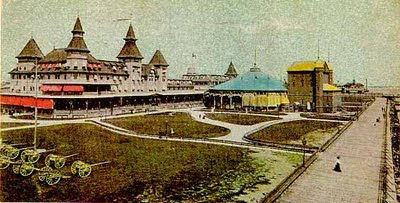 This is my first blog post that will take on something of my favorite place: New York City. Ever since I was a child, I have been fascinated with the city. I was born there in 1966, but we moved to the west coast in 1970.

The two coasts at that time could not have been more different to me. One, urban, cement, weather extremes, energy contained on a small island. The other, sprawling, an ocean sending its breezes and fogs over a rambling, hilly city. The Bay Area seemed so "new" and full of possibilities. NYC seemed to me to be full of history.

Read more »
Posted by Jenny Thompson at 1:55 PM No comments: